LIGHT UP YOUR KID'S LIVES WITH THIS DIGITAL SPORTS WATCH

KIDS WILL BE THRILLED WITH THEIR LIGHT-UP IN-       THE-DARK WATCHES.

6 years is the age at which most children start learning to look at the clock. However, learning about time and how to tell time should be taught as early as possible, even in infancy. Although "time" is an abstract concept, it can be very hard to understand, even for some adults.  Understanding the idea of time is so important in life, I suggest Immersing your children in the concept of time at an early age, even when they are in the womb. 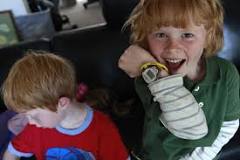 Wearing a cool wristwatch helps your kid to stay aware of the time. Watches help children to be responsible and give them the ability to adapt to many situations.

A clockmaker from Nuremberg named Peter Henlein is typically credited with inventing the very first watch. He created one of these “clock watches” in the 15th century.

How did watch get its name?
One account of the origin of the word "watch" suggests that it came from the Old English word woecce which meant "watchman" because town watchmen used watches to keep track of their shifts.

The 5 most common of them are dress, field, pilot, dive, and racing, each with its own set of characteristics.

LOVABLE YOU IN THIS RUFFLE PRINT SUMMERDRESS

WHEN THE WIND BLOWS, I SEE YOUR LOVELY LEGS. SUMMERTIME, FLOWING, LONG GREEN WRAP AROUND DRESS